An Honest Review of the Indianapolis Red Line 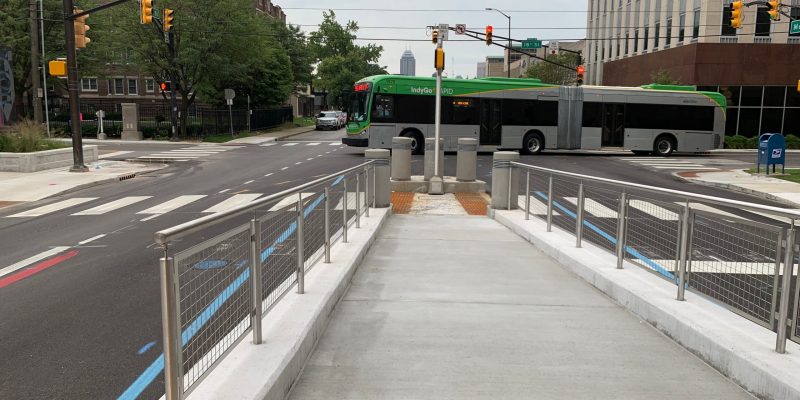 By now, unless you don’t live in Indianapolis and don’t pay attention to any news concerning Indianapolis, you’ve read and heard all about IndyGo’s Red Line, which made its debut on Sunday, September 1st, 2019.

What is the IndyGo Red Line?

For any of you out-of-towners, or anyone who truly just has no clue what I’m talking about, the IndyGo Red Line is a public, bus rapid transit (BRT) system consisting of a 20-hour network of electric buses.

These buses follow a fixed, 13.1 mile route consisting of 28 stops that run from 66th St. in Broad Ripple, all the way down south to the University of Indianapolis.

Many of you locals have seen the buses on their routes – “practice” for drivers began around 30 days before the official launch date – and many of you have now ridden the buses as well.

In this week’s blog, I wanted to provide a perspective from someone who has watched the project from the beginning, because I not only work near the Red Line, I also live near the Red Line.

So, commuting to and from work on the Red Line, I thought, could be a real possibility for me.

And that’s the main question I wanted to answer: Could I really take the Red Line to and from work every day?

Is Indianapolis Ready for Public Transit?

For those of you who are familiar with our Offices, you know that we’re located one block east of College on 52nd Street. That puts us just over one block from the “College Ave and 52nd St” station.

And for those of you who know me, you may know that, about a year ago, my family moved to downtown Indianapolis to the Herron-Morton neighborhood. That puts us around five blocks from the “Meridian & 18th St” station.

So, it’s an easy walk to both stations for me.

Currently, it takes me around 10 minutes to drive to work.

Now that the bridges on College Avenue and – FINALLY – Central Avenue are back open, my commute is pretty simple.

However, I’ve always been intrigued with public transportation.

I’ve been on subways in New York, San Francisco, Chicago, Boston, Paris, etc. and have almost always had good experiences.

In some cities, like New York, for example, public transportation is an absolute necessity. For people who work but don’t live in Manhattan, it’s nearly impossible to drive into the City every day to work.

Indianapolis isn’t there yet, but I still liked the idea of not driving to work every day.

So, I followed the progress of the Red Line, was forced to suffer through the significant construction along both College and Meridian Streets and was among the first riders when it opened for business last Sunday.

Below is my detailed and honest account of the Red Line along with my conclusion of it as a service.

A Play-by-Play of My First IndyGo Red Line Experience

I started out at 8:40 a.m. on Sunday morning of Opening Day and arrived at the “Meridian & 18th St” station in six minutes.

It was overcast that morning and there were only three other people, besides IndyGo reps, at the station waiting for a bus.

The stations are super nice, finished with wood and steel elements that provide a modern, clean look.

Seating at the station is minimal – only one bench at this station – but all stations are equipped with monitors which, eventually, should display the arrival time of the next bus. On Sunday, they were not working, so I had no idea how long the wait would be. 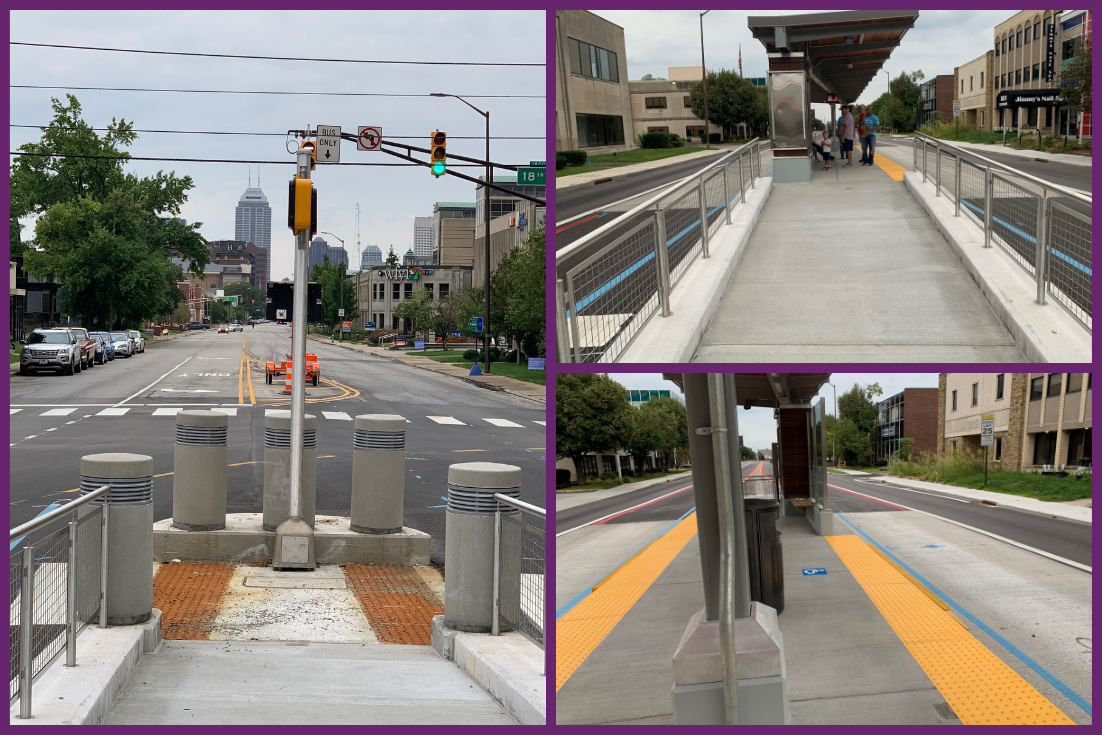 An IndyGo rep advised that I download the mobile app – myStop – to track the buses, which I did.

The app works very well. You can follow the route of the buses and, at 9:04 a.m. – yes, that’s 18 minutes of wait time – the bus whispered around the corner of 18th street and stopped at our station.

I say whispered because my first impression of the buses is that they are extremely quiet. 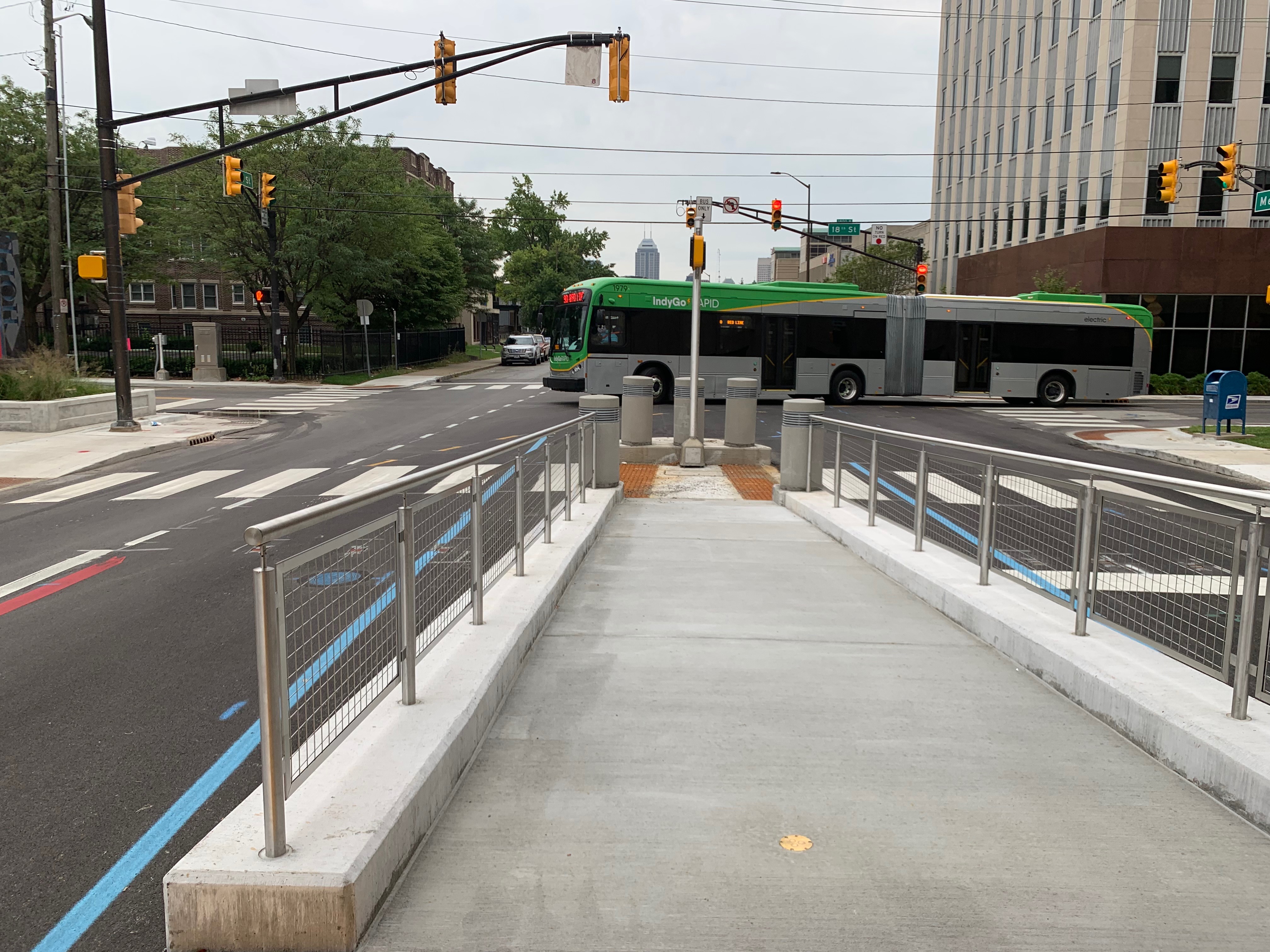 Obviously, the electric motor plays a huge part in this, but it’s remarkable, given how large the vehicles are, how quiet they are.

At this point, I’m already 24 minutes into the trip and I haven’t left my neighborhood.

But, I tell myself, I suffered a self-inflicted wound. In the future, I could use the app to determine the arrival time of the bus and avoid long wait times to reduce the overall trip time.

My bus that morning wasn’t very full… maybe 25-30 people, several of which were members of the local media.

As expected, the bus was very clean, the seats weren’t uncomfortable and I was easily able to connect to the WiFi, which worked pretty well.

The buses also come equipped with USB chargers, which could prove to be very handy. 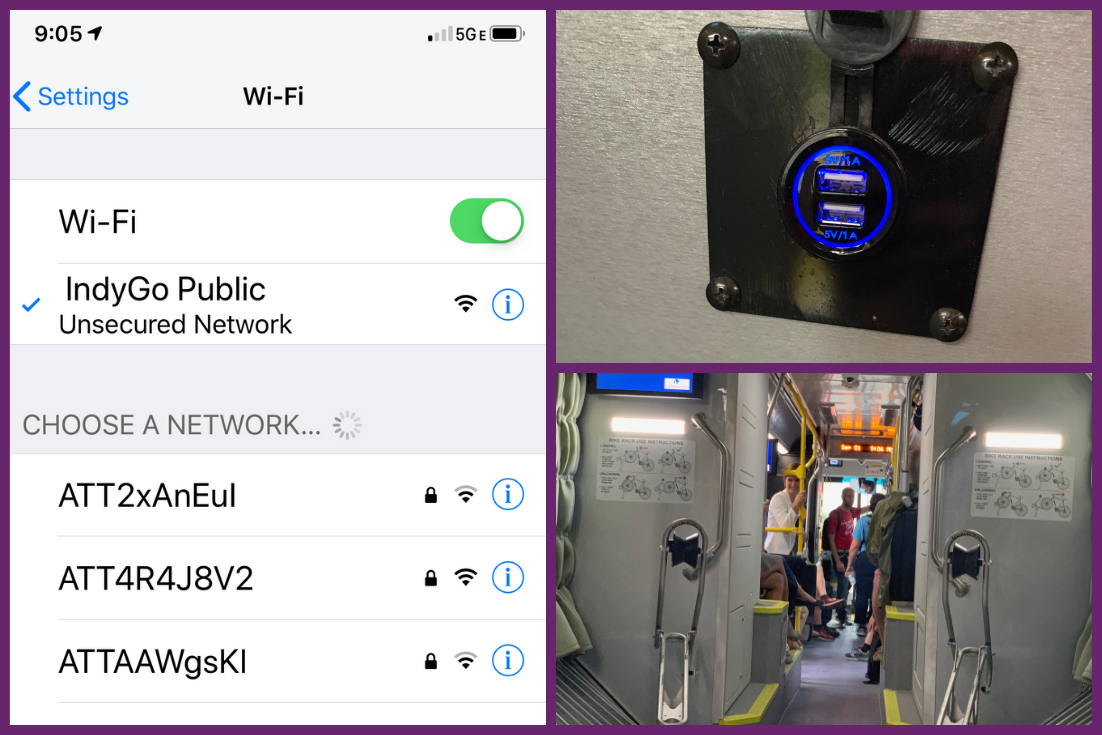 The driver on my bus didn’t waste time. She drove at or above the speed limit, didn’t linger at stops and made the ride, from my standpoint, as efficient as possible.

Most people on the bus were sight-seers. My guess is that they were taking their first and possibly only trip on the Red Line.

But, there were some “regulars” on there as well. People who were making their first Red Line trip, but people who clearly were veteran bus riders.

These regulars seemed frustrated. One guy mentioned that he now has to walk two blocks instead of the half block he walked under the old route.

“Price of improvement,” his buddy said.

Another question I wanted to answer was, “Could I work while riding the Red Line?”

I think the answer is yes.

As I mentioned, WiFi was strong and the seating, although a little tight for a guy my size, was adequate.

I think I could easily check and return emails, make some calls, etc. without any trouble.

As we neared my stop, I simply pressed the red stop button mounted on pole near my seat and I was at the “College and 52nd St” station at 9:23.

The “College and 52nd St” station is a good stop… it’s a short walk to the Red Key, Aristocrat, Delicia, SoBro Cafe and yes, the world-famous corporate headquarters of T&H Realty Services.

And yes, Taste, I would have stopped at your place for coffee if you hadn’t closed a week prior (Booooo!!!!). 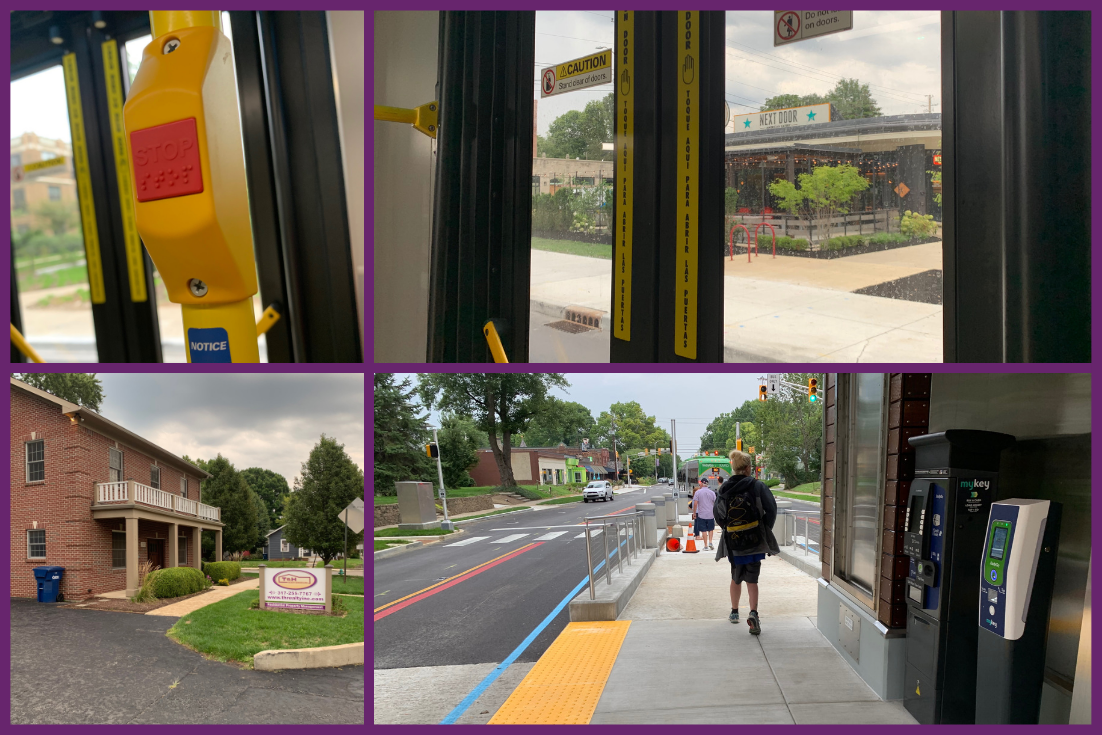 It took around 3 minutes to walk to my Office, where I officially clocked my entire trip at a whopping 46 minutes, 13 seconds. 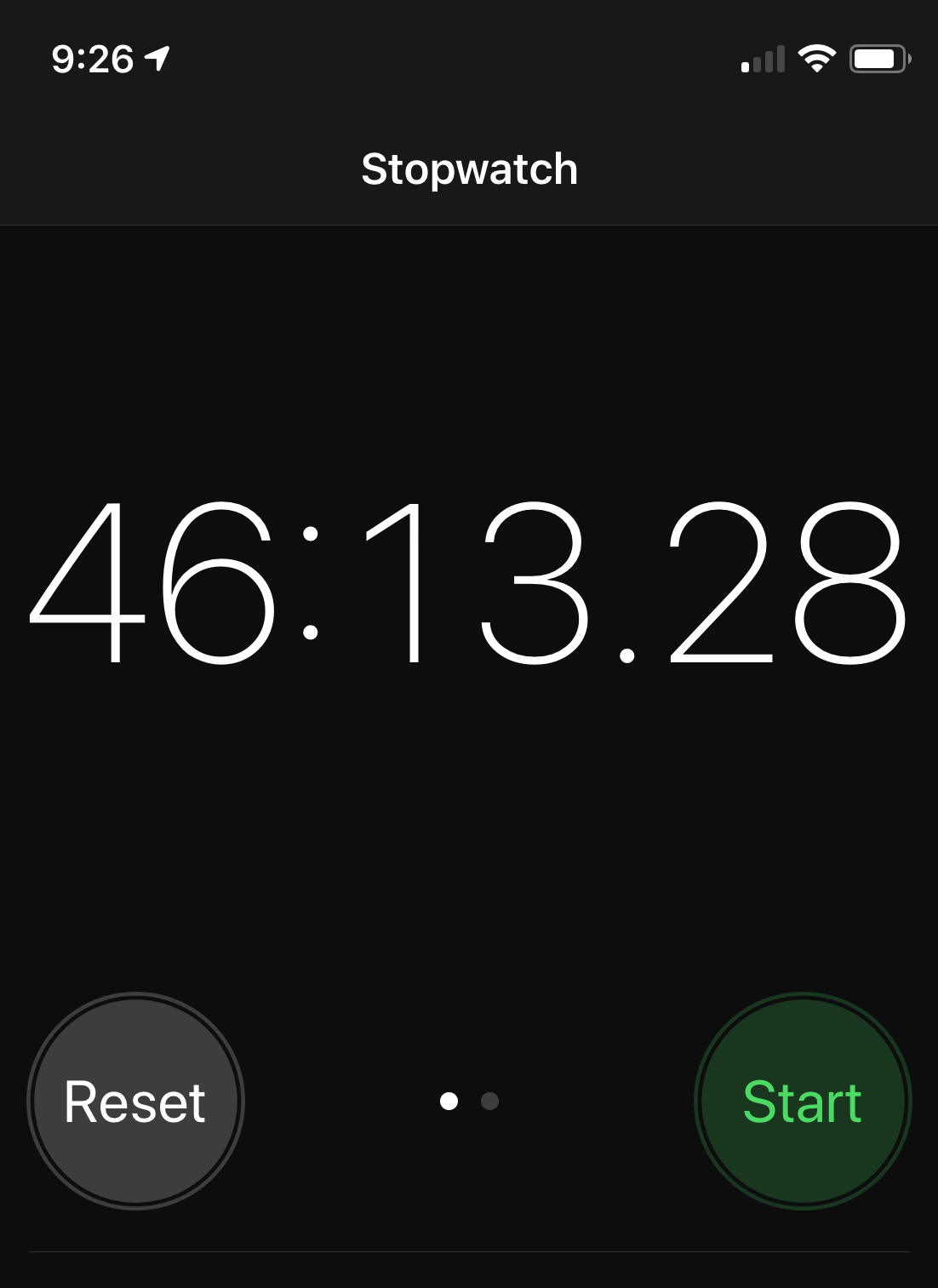 So, I had obviously learned a little bit during my trip northward. A lot of my trip time was devoted to waiting on the Meridian & 18th St station, so I pulled up the app, made myself some coffee at our Office and waited for a bus to get close.

Once I spotted one coming South, I left the Office, headed back to the “College & 52nd St” station and arrived just before the bus did.

This bus was MUCH busier. It was standing room only the whole way.

One cool feature of the Red Line is that bikers can bring their bikes aboard. The center section of the bus, which essentially connects two buses together, contains two bike racks.

On this bus, there were four bikes crammed into this space. 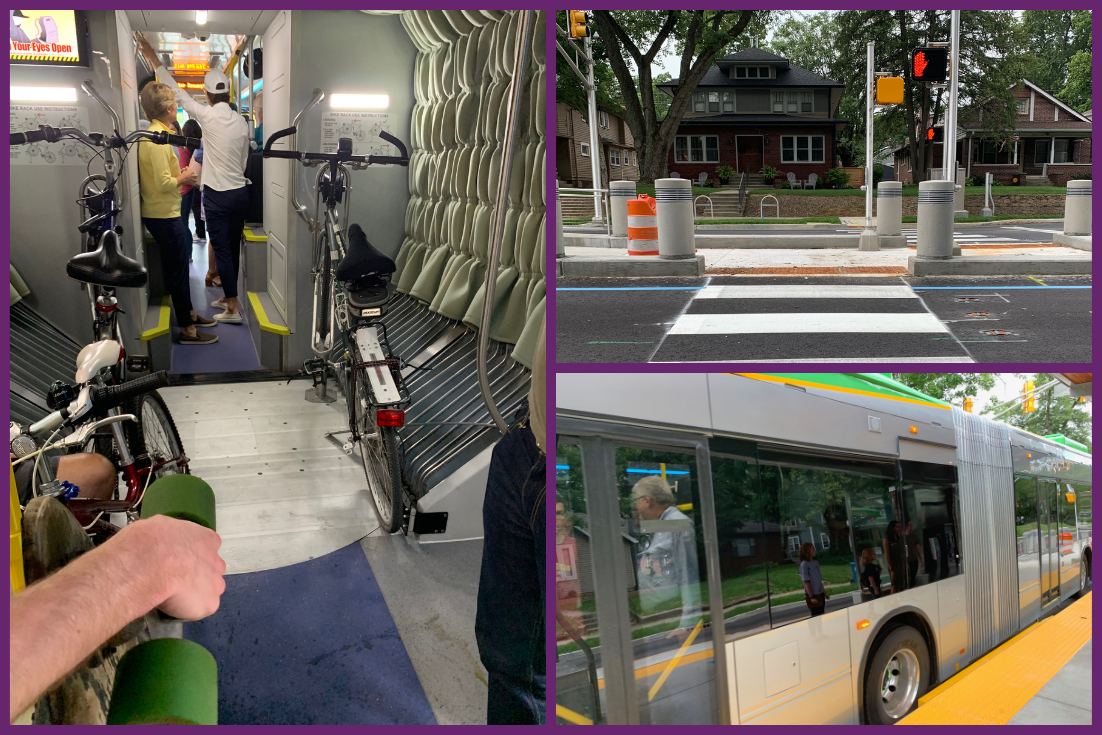 While I was excited to see so many people on the bus, there was literally no way I could work in that environment.

It was loud, my feet were getting stepped on… no, it wasn’t enjoyable or comfortable.

But, since I didn’t wait nearly as long for the bus this time, I made it home in just under 30 minutes. 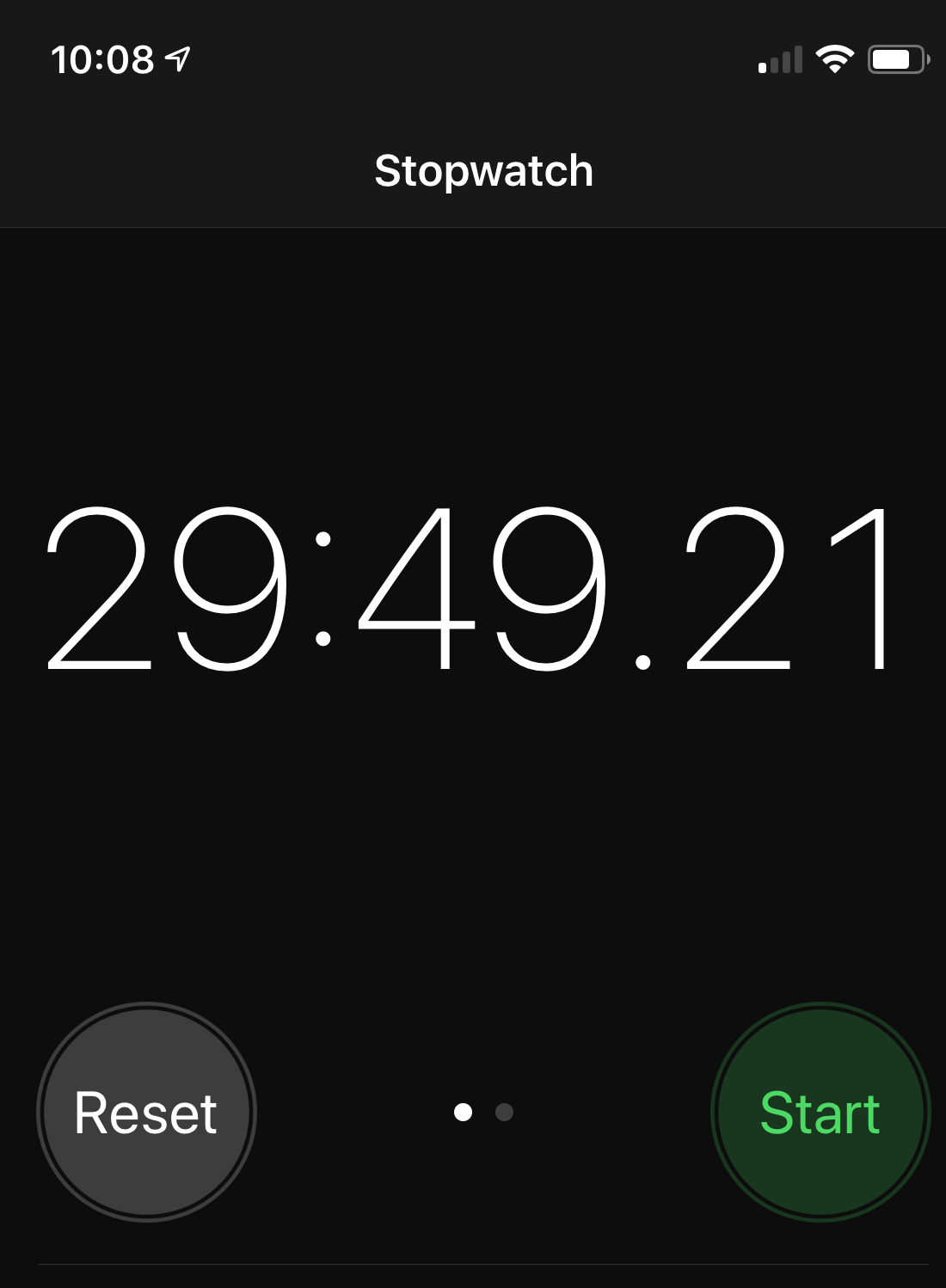 But, is that good enough?

Is the IndyGo Red Line All It’s Cracked Up to Be?

Later that day, my wife, daughter and I took the Red Line to Broad Ripple for dinner. By that time, the sun was shining and it was a beautiful day.

The buses were also packed. We sat down only once and it was during the last part of our return route.

Clearly, the Red Line is getting a lot of initial pop.

It’s free for the first month and it’s new.

The real test will come a month from now, when a lot of the novelty has worn off and people 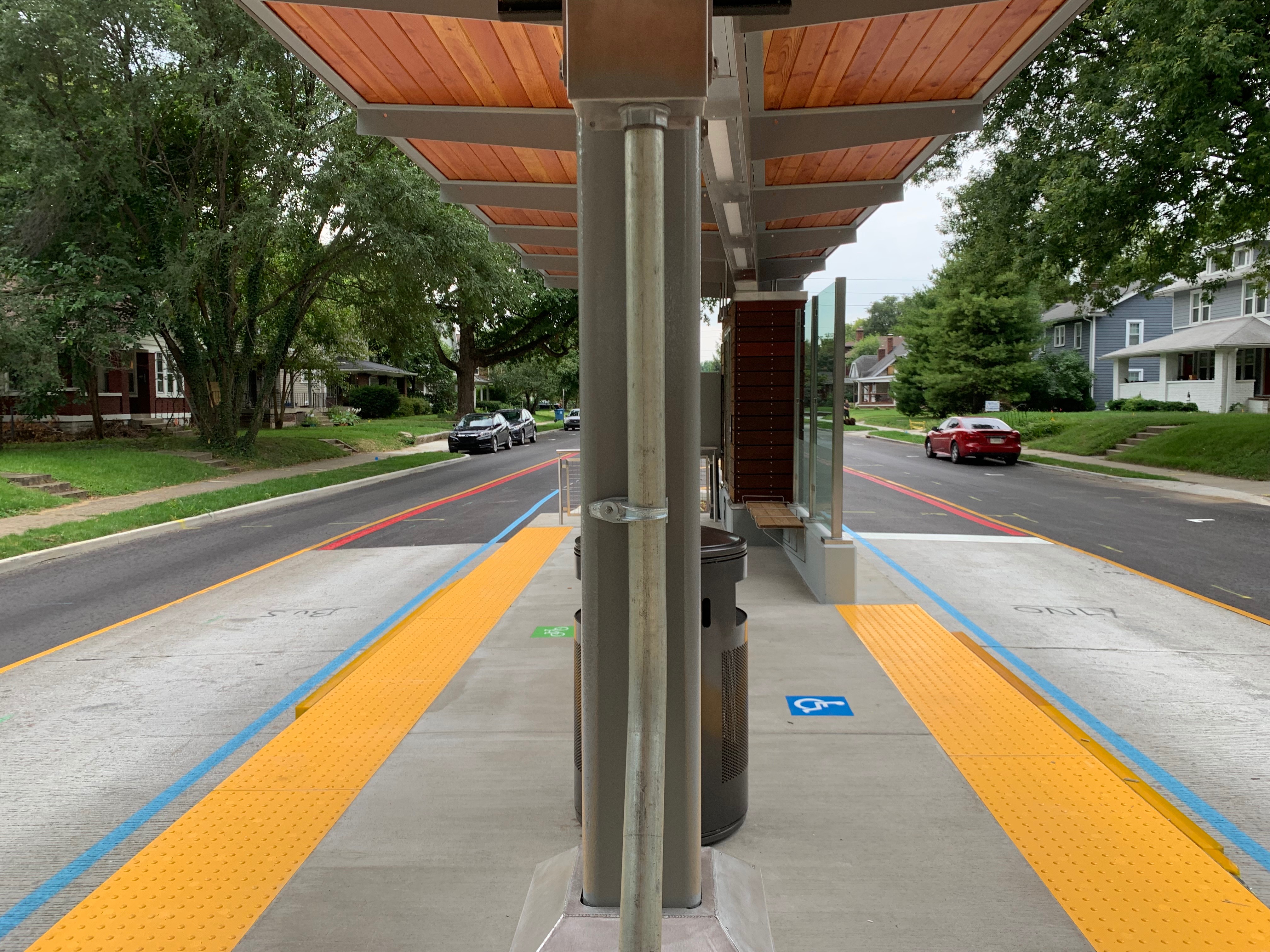 have to begin paying to ride.

So, to answer my initial question: Can I ride the Red Line to and from work every day?

The simple answer is yes. I can do the route in 30 minutes or so, which is just a little longer than what it took to drive to my former house on the northeast side.

However, practically speaking, it’s not something I would want, or will do, every day.

As I mentioned previously, I can drive the route in ⅓ of the time, which will save me 40 minutes of commute time every day. Calculate that out over a year… and I eliminate more than 160 hours of commute time by driving.

Coupled with the fact that I just purchased an electric vehicle, it really doesn’t make sense for me to use the Red Line as my primary transportation to work.

Now, having said all that, I’m overall impressed with the Red Line.

I can see my wife and I (even though we love Uber) taking the Red Line to Broad Ripple and Fountain Square to dinner.

I can also see myself possibly using it during snowy periods – where I really don’t want to risk my car on the roads.

So, again, overall, I think Indianapolis has a wonderful asset that I’ll use occasionally and I hope many more use regularly.