In previous blogs, we’ve discussed the various obligations that you have as an Indianapolis Landlord.

On a very basic level, you’re required to provide your Tenants with a safe, clean, and habitable dwelling.

Drilling down into the safety aspect is where smoke detectors come in.

Those circular, plastic gadgets that we stick on our ceilings and don’t give a second thought about until the batteries start to die which causes that annoying, incessant chirping.

At which point, let’s be honest, we usually just end up taking the batteries out until we finally remember to replace them a month later.

In your personal home, you have the luxury of doing what you want (although I strongly recommend that you keep your smoke detectors in good working order as it could save your life). But the fact is, when you’re running a business, which you are when you become a Landlord, you don’t have that luxury.

You have a very distinct set of laws and guidelines that you have to follow.

Smoke detectors may seem like such a small, trivial issue in the grand scheme of rental property ownership.

But I assure you, if it wasn’t important, there wouldn’t be an entire section of Indiana Law dedicated to it.

First and foremost, it is 100% your responsibility to ensure smoke detectors are in place and functioning when your Tenant moves in.

Furthermore, there are stipulations to where and how many must be in the unit as well. 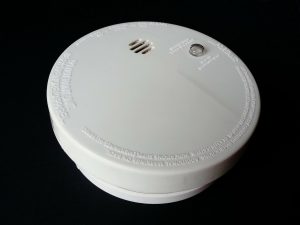 As a disclaimer, we will be using a combination of Indiana and Marion County Code as there are some added stipulations that are more strict on the county level.

According to Indiana Code 22-11-18 and Marion County code Section 591-421, dwelling units must have at least 1 functional smoke detector installed as follows:

In addition, there are several other requirements on the state level which include:

Additional requirements in Marion County are as follows:

Landlord Tip: Smoke alarms have a service life of 10 years, and they must be replaced when that time elapses. It’s good to keep this in mind because an expired smoke alarm doesn’t protect your Tenants or your property.

As I mentioned before, you are responsible for installing smoke detectors before a Tenant moves in, as well as replacing or repairing them if required within 2 business days of being notified of any issues.

What exactly does that mean for you?

Basically, you could be fined up to $2,500 PER DAY that the violation goes unresolved.

The fact is, this is such an easy thing to take care of, and you know what they say: “An ounce of prevention is worth a pound of cure.”

Luckily, once the Tenant moves in, the brunt of the responsibility falls on them. 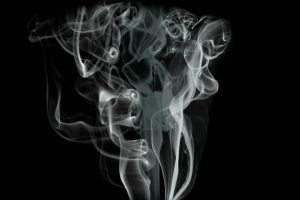 Once they take possession, the Tenant must acknowledge, in writing, that the property is equipped with functional smoke detectors and it’s their duty to ensure each device in the home remains functional and is not disabled.

If it is a battery operated smoke detector, the Tenant is required to replace the batteries as needed.

It’s also up to them to inform you of any issues or malfunctions.

Unfortunately, you can’t really force your Tenants to test their smoke alarms every month as there is no real way to monitor participation. But it’s still worth putting in your lease and explaining the importance of having working smoke detectors at all times.

Remember, the standard you set at move-in dictates the standard that should be upheld throughout the lease term.

The CPSC (Consumer Product Safety Commission) suggest installing interconnected smoke alarms because they are the quickest to work and alert residents during a fire emergency.

Remember, in order to be in compliance with Marion County Code, you’ll need to find smoke detectors that are equipped with lithium batteries which can last up to 10 years.

Surprisingly enough, a violation of this Code does not constitute grounds for a reduction or denial of a claim under an insurance policy, even if the policy contains terms to the contrary.

So, let me just take a second to reiterate how important it is to have the proper insurance for your rental properties. 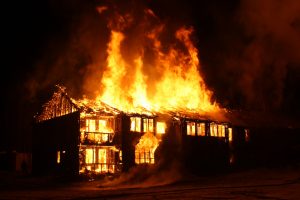 But remember, “modern homes burn up to eight times faster than comparable homes that were built between 1950 and 1970. This is due to quicker fire propagation, causing slower escape times, quicker flashover time (all combustible materials in a room reach their ignition temperatures at the same time), and shorter collapse times. Modern homes are also made out of synthetic materials and decorations that burn faster. (Protect America)”

Which means, you may not have a home left to repair depending on the severity.

All this to say, just because you may not get into “trouble” for not providing functional smoke detectors, your property has a drastically higher chance of being severely damaged or even incinerated in the event of a fire, and your Tenants are at a higher risk of injury or death within their home.

Over the years, we’ve had several small, kitchen fires and three, what we would call significant fires, where Tenants had to be relocated.

In one case, the house had to be torn down and rebuilt.

While we don’t know for sure if smoke detectors saved those lives, we know one thing for sure: They certainly didn’t hurt.

Having a Tenant die in a house fire, in a house that you own, has to be a devastating experience.

And if the home wasn’t properly equipped with smoke detectors, the experience could be even more devastating.

So, do the right thing.

You and your Tenants will be glad you did.

How Does the Marion County Tax Sale Work?

Inside T&H: Becoming Our Client