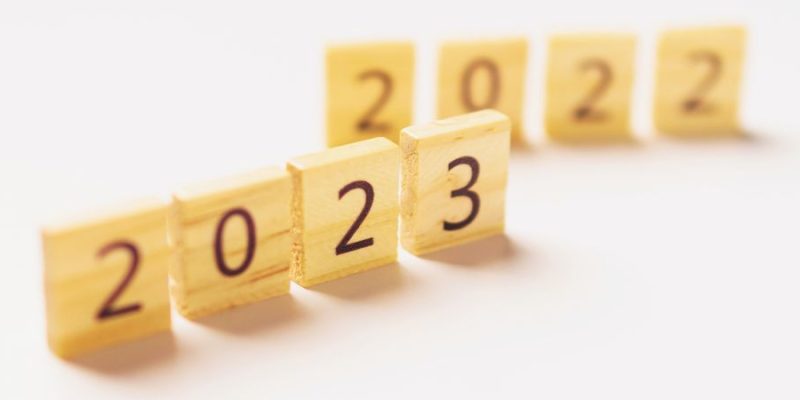 And there’s also little doubt that those won’t – in every case – be fond memories.

There were A LOT of changes from the start of 2022 to the end.

The year began as a buyer’s market.

However, we ended the year with MUCH higher interest rates and home prices on the decline. 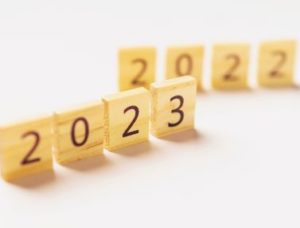 We found that industry “experts” are all over the board about the 2023 housing and rental market.

Will home prices and rates decrease, increase, or stay consistent?

The answer is really anybody’s guess. It will depend on a number of factors and how everything plays out in the new year.

For now, all we can do is look at the numbers and make an educated prediction on what 2023 has in store.

In Indy REI with T&H Realty’s latest podcast, we met with Devon Hicks, our real estate agent, and Jake Knight, our Business Development Manager, to go over their thoughts on 2022 and what to expect next year.

Hicks reminisced how rates at the beginning the year were very low.

“At that time, most of my investor clients were getting between 4 to 5 percent,” she said.

However, by the end of 2022, we saw a big change in interest rates. 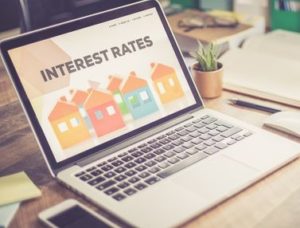 “Today, I would say most of my clients are in a 7 to 8 percent range,” noted Hicks. “I’d say mid-sevens is kind of what I’m seeing the most, but that’s with paying down a little bit, so if you’re not paying down anything, you’re probably gonna be 8… maybe a little bit more.”

Predictions as to what interest rates will do in 2023 are all over the board.

Based on the discussions she’s had with local lenders and investors, as well as researching interest rates on her own, Hicks provided the following:

“We’re definitely going to see a bump going into the new year,” she said about rates. “I think we’ll see them go up a little bit more in early 2023, but I hope and I think they might kind of start coming back down late 2023 maybe a little off in 2024, hopefully.”

Hicks’s thoughts on the interest rates for 2023 seem to be the most common outlook on what we can expect.

Her prediction is also consistent with the curve we’ve seen of rates increasing dramatically for a few months before becoming steady making it likely that the rates could continue to increase before we see them start to come down.

The increase in interest rates has also started to affect cash flow.

In January of 2022, a 3 bed, 2 bath in Franklin township would have been listed at around $200,000. With a 4.2% interest rate and without adding in other costs such as taxes, a typical mortgage payment would have been around $957.

The increase in payments alone can disrupt your total cash flow by taking a majority or all of your monthly profit. We’ll more than likely continue to see this issue throughout 2023.

The sales prices of homes at the beginning of 2022 was at an all-time high. With the housing market being on the seller’s side, people selling their properties were able to sell higher due to an increase in demand.

Towards the end of the year, we started to see the housing market change. Instead of a seller’s market, it started to become more of a buyer’s market. 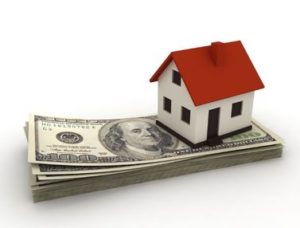 After talking with Hicks, we got a look at how closed sales and new listings were affected this year.

According to the Metropolitan Indianapolis Board of Realtors (MIBOR), Central Indiana currently has about 1.7 months worth of inventory. However, earlier in the year, we only had around 15 days of inventory.

Typically, with low supply, we would see prices rise or stay constant. But, we don’t have the demand to see those prices go up due to the rising rates affecting monthly mortgage costs.

Some say that because of the uncertainty of the market and the low supply with low demand, it might be a nobody’s market in 2023.

Another thing to consider going into the new year are rent rates. It’s another topic that no one can seem to agree on. Articles have stated that rates will increase, that they will stay moderate, and that they will begin to decrease.

The only thing that is certain, is that rent rates have increased nationally in 2022.

Knight mentioned, “According to Apartment List, rents increased nationally by 12%. In Indiana, they increased by 13%, so a percentage point higher. Indianapolis specifically by 11.5%, so 2.5% above the national average.” 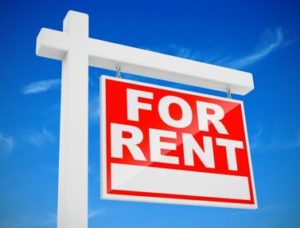 Indianapolis was listed in the top 10 fastest-rising rents year-over-year in Them Report. The city is currently ranked number 3.

While that trend will likely not continue into 2023, it’s reasonable to assume that rents will continue to rise, albeit slower.

“It really depends on some economic factors,” noted Knight, “But it’s easy for me to expect rents to continue to grow a little bit, especially with mortgage rates going up.”

Forbes had a similar idea. Rising rates, and the difficulty home buyers are having with purchasing a home that’s within their budget, could cause more people to rent next year. That will, in turn, cause rent to continue to increase.

The renter’s market is a stable market, so slow and steady growth can be expected throughout 2023.

If you are an investor and are looking to grow your portfolio in 2023, there are plenty of great places in Central Indiana to invest your money.

Hicks noted that Anderson, Indiana, located northeast of Indianapolis, is a hot spot..

“Anderson has, by far, been one of the most successful rental areas that we’ve come across the past couple years, even at the height of the market,” said Hicks. “In 2020-2021 we were finding properties that met or exceeded the 1% rule.” 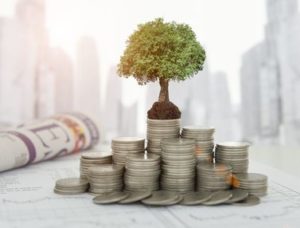 Not only does Anderson have great rental demand, but the purchase price to rent ratio and days on market are very solid. The average days on market for a rental property in Anderson are around 12 days.

If you’re looking at investing in multi-family homes, we’ve seen a lot of success in the Mapleton, Fall Creek area, located in Midtown.

Knight also suggested some other emerging markets in Indianapolis.

“If you’re looking more central downtown, I’m more bullish on the old southside,” he said. “Just south of Lucas Oil they are building what we think is a multi-family complex… Christian Park, Garfield Park. The areas you mentioned like midtown, Butler-Tarkington are all doing really, really well.

“If you’re looking for really consistent zones, with good school districts and low crimes you’re probably targeting more of the burbs, then you are downtown. If you’re targeting higher cash flow, you are probably looking at Anderson or like Devon had mentioned a small multi-family like a duplex in Midtown. Those are pretty popular.”

Central Indiana and especially Indianapolis have grown significantly within just the last few years. We continue to see developments being built and new opportunities for residential and commercial investments in the city.

Although the rates and pricing predictions might be terrifying, there are good things coming to Central Indiana that could be beneficial to both new and experienced investors.

What’s going to happen in 2023 is uncertain.

Rates, listing prices, and inflation could go either way which will create varying outcomes for the new year. 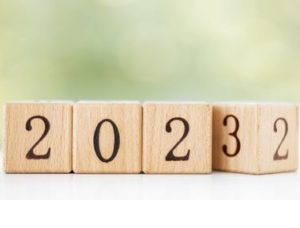 Depending on the economic development, we could see the predictions that we had at the beginning of the year change as we reach the end of 2023.

For instance, rates have the possibility of going down. However, we don’t expect them to be any lower than 6% or 7% and home prices will begin to remain more constant.

With the stable rental market, we expect rents to continue to rise throughout 2023 especially if more renters enter the market from the monthly cost of homes being higher.

Investors will continue to see opportunities going into the new year.

Although it might be more difficult to find homes that fit the budget you want, we are seeing tremendous growth in Central Indiana that could bring about more investing options.

McKenzie is the Marketing Technologist for T&H Realty Services. With over a year of experience in property management and over 5 years of marketing experience, she uses her knowledge and skills to help educate and advice both new and experienced investors.

PrevPreviousWhere To Invest In Indiana: Greenfield, IN
NextT&H’s Top 10 Rental Property Investor Blogs of 2022Next