Greenfield, Indiana is a city rich in history and full of attractions. In 1828, the county of Hancock was created in April, and a month later, Greenfield was founded as the county seat. At that time, the small town had a population of only 400 people. 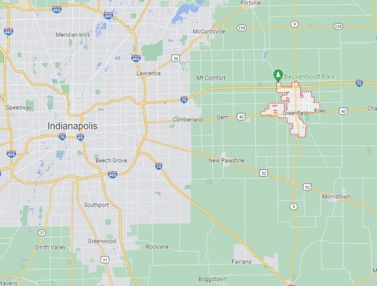 Since then, Greenfield has had major periods of growth. In 1853, a railroad was built through the town that was a part of the Pennsylvania railroad system, later known as the Penn-Central which brought several opportunities. A little more than 20 years later in 1876, the town became a city with over 2,000 people.

Originally, the primary busines in the town was gristmills where they would grind different types of wheat for settlements. Then, around 1887, the city saw the largest growth due to natural gas being discovered in the area. Greenfield began founding manufacturing plants and other industries due to the discovery, and it became a boomtown for the next 20 years.

Today, Greenfield is home to many families and young professionals. According to Niche, the median household income is $57,950, the median home value is $150,800 with 62% of people owning homes, and the average rent is $896 with 38% of people renting.

Niche gives the Greenfield Community school system an overall grade of B+ with category breakdowns as follows:

Greenfield has the calmness of a small town with several attractions and amenities close by for residents.

If you are considering adding a rental property in Greenfield to your portfolio, our brokerage team would be happy to meet and work with you.

McKenzie is the Marketing Technologist for T&H Realty Services. She has been in the marketing industry for over 4 years and oversees all of our marketing platforms.