Where to Invest in Indianapolis: Carmel

Carmel, Indiana is a northern suburb of Indianapolis located in Hamilton County with an estimated population of 97,464.

And, before we go any further, Carmel rhymes with Marvel. Natives get pretty touchy about incorrect pronunciations.

Carmel has some pretty big claims to fame, being named one of the best places to live in the United States for multiple years, by multiple publications.

It’s known in some circles as the “Beverly Hills of the Midwest.”

It was platted in 1837, primarily settled by Quakers, and was originally called Bethlehem.

The name was later changed to Carmel in 1846 and officially incorporated in 1875. 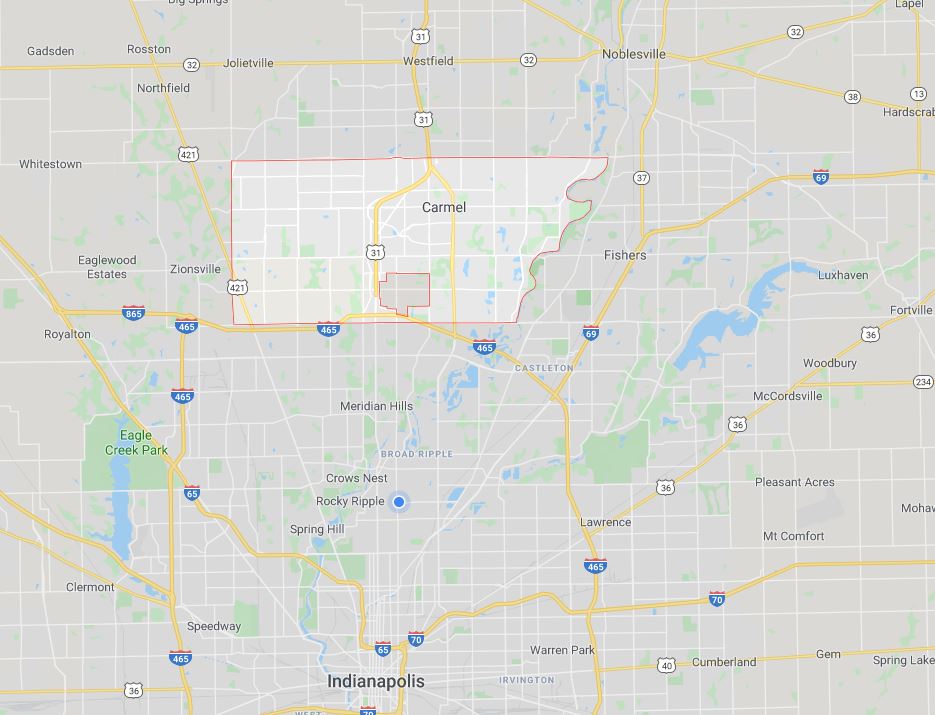 Fun Fact: One of the first automatic traffic lights in the country was installed at the intersection of Main Street and Rangeline Rd. However, since the 90s, Carmel has been replacing intersections with roundabouts of which there are currently 140.

Carmel now has more roundabouts than any other city in the U.S.

Niche reports 76% of residents own their homes compared to 24% who rent. 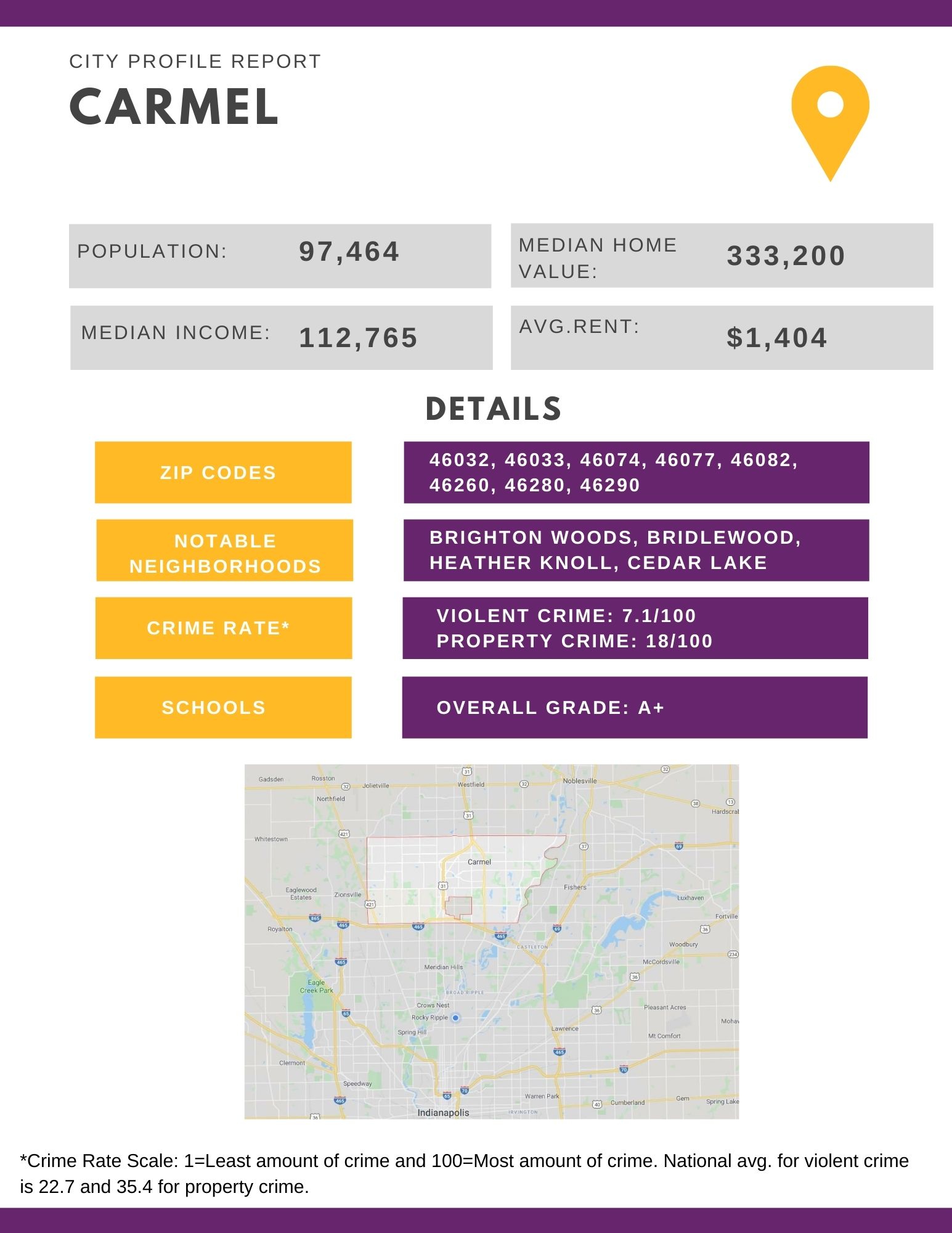 As you can probably guess, the Carmel school district is rated an A+ by Niche with the breakdown as follows:

There are approximately 16,664 students in grades PK-12th with a student-teacher ratio of 19-1.

It’s ranked the best district for Athletes out of 294 districts, #3 out of 290 for best schools districts in Indiana, and #23 out of 289 for districts with the best teachers in the State.

These are the lowest crime rates of any area we have discussed yet.

This is not an area that typically meets many investment goals.

While it’s obviously a very attractive market for Landlords from a Tenant quality perspective, the numbers rarely make sense.

As far as our brokerage experience goes, we haven’t assisted too many buyers with Carmel purchases and I don’t expect that to change anytime soon.

Should I Buy an Indianapolis Rental Property Governed by an HOA?