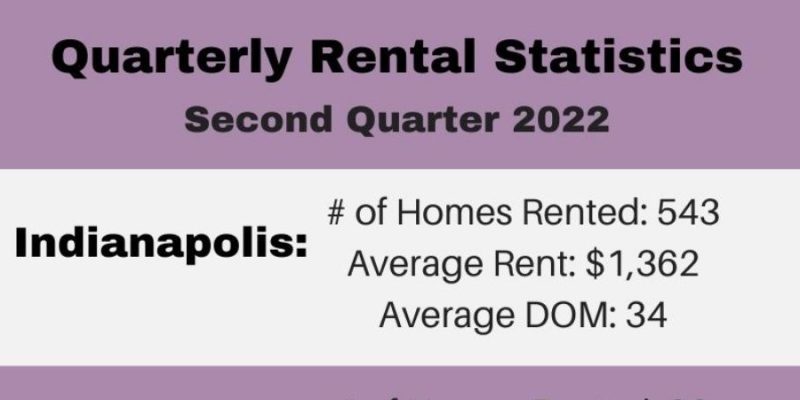 The Central Indiana rental market continued down a familiar path during this year’s second quarter.

Once again, Indianapolis set a record for rents in Quarter 2, as it punched a weighty $1,362 average rent, according to numbers generated from our local MLS system. That’s up from $1,358 in Quarter 1 and significantly higher than the same quarter last year, which saw an average rent of $1,296.

Volume was solid as well, as Indianapolis recorded 543 homes rented in the quarter, which is up from 514 in the same quarter last year.

Days on market were steady at 34 in Indianapolis.

As anticipated, our leasing was torrid in the second quarter.

We signed nearly 100 leases in the quarter, including 40 in May alone.

Our average days on market were only 14 during the quarter, including just 8 in June.

While we’re well into July, leasing activity remains robust. Since we’re a seasonal market, we expect activity to fall off as schools begin to start up later this month.

A recent article in the Indianapolis Business Journal has raised some concerns.

This halted a population growth trend for the city that spanned two decades.

No immediate conclusions for the drop were provided, as more analysis into the root causes is need.

However, it’s certainly something to monitor, as population growth and housing are highly correlated.