By now, you've most likely heard one of these names within the rental property investment community. That's because Indianapolis has been, and continues to be a one of the most desirable residential investment markets in the country.

As of last year, the unemployment rate in Indy stands at 3.6% compared to the national average of 4.4%.

Looking back on historic trends, there has been a steady increase in population over the years. It's estimated that the city is growing at a rate of around 8,000 people per year since 2010.

As more jobs come to Indy, it only makes sense that more people will follow to fill those positions. With an already increasingly large population of over 800,000, there doesn't seem to be any shortage of potential renters.

It's been named by Forbes to be one of the best cities for renters and is ranked in the top 5 for cities where you can live well on a $60k salary.

As you may have learned from some of our other blogs, Indianapolis is considered a cash flow market. It's one of the few major markets where investors can sometimes still achieve the coveted 1% rule: a home commanding $1,000 in monthly rent can be purchased for $100,000, for example.

Keep in mind that Indianapolis is obviously not a coastal city, where values can swing wildly in either direction. Indianapolis is steady, which creates a less risky investment. However, if you want to buy and sell 2-3 years later, don't expect to see much of a profit.

Want to Invest in Indianapolis? Well, it's Not Always Easy

Simply put, it's a HIGHLY competitive market out there.

So, if you want to enter our market, you'll need a game plan, which consists of employing a highly experienced Real Estate Agent who will work hard to bring you the deals that meet your investment criteria, along with a Property Manager to lease and manage the home - assuming you don't manage it yourself. 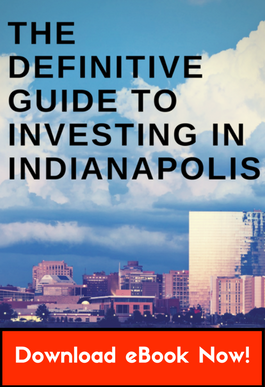 Editor's Note: This post was originally published on January 4th, 2017 and has been updated for accuracy and comprehensiveness.

How to Effectively Market Your Indianapolis Rental Property

T&H Realty Services - How Much Is The Renewal Fee?

T&H Realty Services is a full-service, residential Property Management company located in Indianapolis, IN. T&H Realty focuses on the leasing and management of single family homes and condos throughout Central Indiana and is dedicated to providing superior service to both our Owners and Tenants.