The State of the Central Indiana Rental Market (2023)

We can all remember it. Mainly because it wasn’t all that long ago. A home is ready to market. We list it for rent, and then… BAM. Multiple applications. The lease is signed within a few days and sometimes a few hours. Everyone is happy. That was just last year. Just a few months ago, […]

With the real estate market experiencing all kinds of changes and unrest on the sales front, the rental market in Central Indiana kept plugging right along during this year’s third quarter. Like several quarters before it, the third quarter saw a new record for average rents in Indianapolis. Indy posted an average rent of $1,388, […]

The Central Indiana rental market continued down a familiar path during this year’s second quarter.  Once again, Indianapolis set a record for rents in Quarter 2, as it punched a weighty $1,362 average rent, according to numbers generated from our local MLS system. That’s up from $1,358 in Quarter 1 and significantly higher than the […] 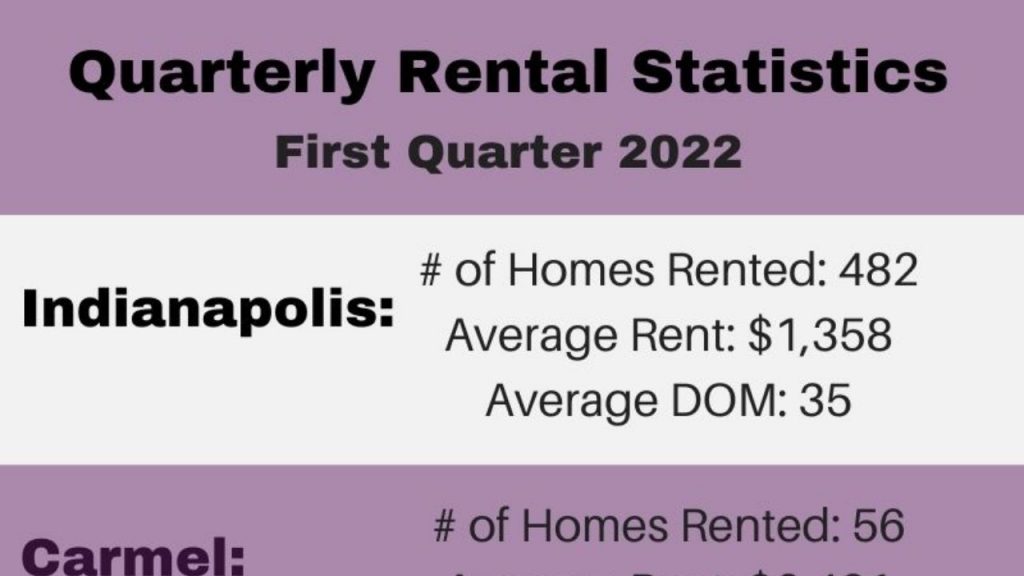 Inflation anyone? Yes, you’ve seen the increased gas prices, the increased food prices and, if you are involved in residential real estate, the increased home prices and rental rates. We’ve been talking about it for a while now… rental prices here in Central Indiana, due to a lack of overall inventory and a strong demand, […]